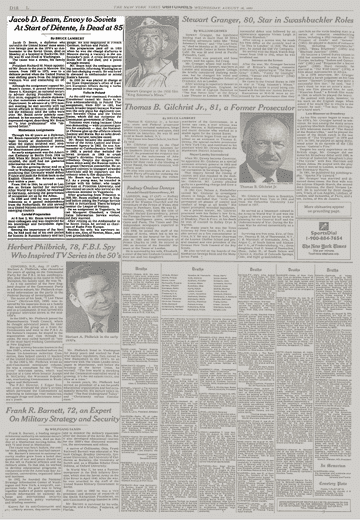 Jacob D. Beam, Envoy to Soviets At Start of Detente, Is Dead at 85

Jacob D. Beam, a diplomat who served in the United States' most sensitive foreign post in the 1970's as Ambassador to the Soviet Union, died on Monday at a hospital in Rockville, Md. He was 85 and lived in Washington.

The cause was a stroke, his family said.
( Collapse )
Collapse