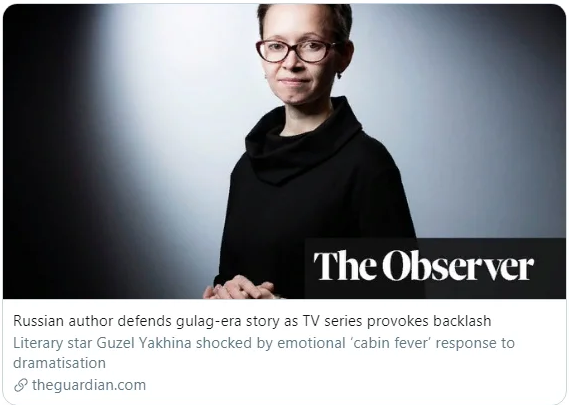 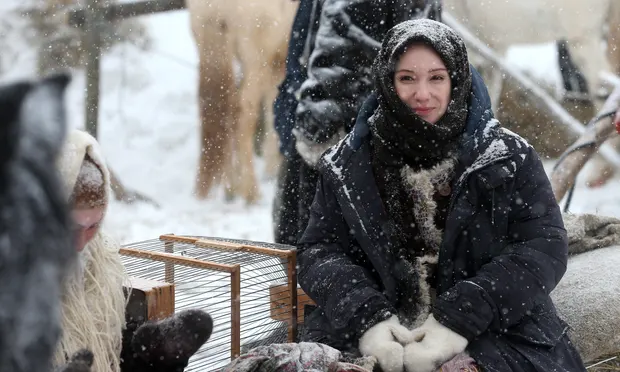 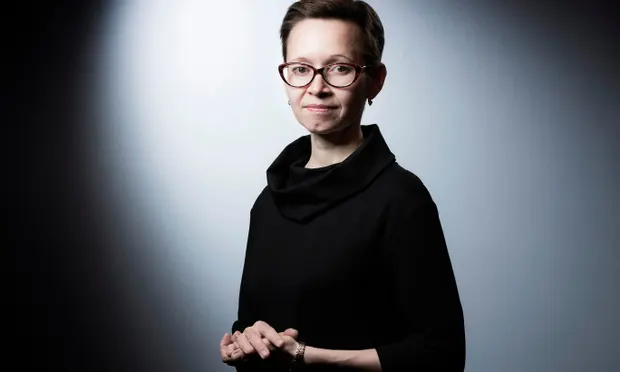 The Russian novelist Guzel Yakhina had learned to live with the persistent buzz of controversy surrounding her bestselling debut novel, Zuleikha Opens Her Eyes.

[Раскрыть]Her coming-of-age story of a young woman deported to Siberia during the Stalin-era purges of wealthier peasants, or kulaks, had been picked over for its portrayals of Soviet repressions and national identity in the largely Muslim region of Tatarstan ever since it was published in 2015.

But when an eight-part television adaptation was broadcast on state television last month, even she was shocked by the ferocity of the backlash.

“I was totally unprepared for this wave of emotional response,” Yakhina told the Observer. “I understood this was something really serious.”

In an interview last week, she defended the television series, which she said had faithfully reflected the “tragedy of dekulakisation” without descending into melodrama.

“My main condition was that the film not just be turned into a love story set [against] the background of the gulag,” she said of the adaptation. “That was important to me. And I’m glad that didn’t happen.”

But the attacks have poured in from all sides. Communists said the film desecrated the memory of the Soviet past, exaggerating even Stalin-era abuses. Muslim leaders bristled at a sex scene in a mosque and the use of the names of prominent Muslim figures among the exiles. Tatar critics have attacked the romance between Zuleikha and Ignatov, the committed Communist soldier who kills Zuleikha’s first husband.
Sign up for Bookmarks: discover new books in our weekly email
Read more

And Chulpan Khamatova, an ethnic Tatar actress who plays the film’s title role, said that she’d received a torrent of online abuse for “defiling the memory of my motherland. Meaning not only Tatarstan, but the history of modern Russia.”

For Yakhina, a rising star of Russian literature who has set her first two novels in the upheaval of the 1920s and 30s Soviet Union, the backlash is a sign of just how thorny that past remains, even when the facts and figures of the millions purged and killed under Stalin are a matter of public record.

“If this topic were not so painful, the emotional response would not be so strong,” Yakhina said. “I think that we are still processing our past and it will take a long time. Thirty years ago, when the Soviet Union had just collapsed, we thought that we could leave everything behind and move into the new, bright future. But we’re still working our way through the past.”

Speaking from her home in Moscow, Yakhina said she thought the emotional response had also been driven by a national bout of cabin fever. Russians remain under lockdown orders aimed at stalling Covid-19, which has infected more than 124,000 people in the country.

“It’s an atmosphere of vital fear for one’s life,” Yakhina said. “It’s life under self-isolation and all our feelings are more intense.”

National polling and anecdotal evidence have pointed to a limited rehabilitation of Stalin’s legacy in Russia, with reduced attention to the repression that took place during his rule. In 2019, the independent Levada Centre said that 70% of Russians polled said Stalin had played a positive role in the country’s history, a record high.

But there are also signs of renewed interest in Stalin-era acts of repression among young Russians, including a 2019 YouTube documentary by the journalist Yury Dud about Kolyma, the site of a large Soviet-era Gulag camp, that became a breakaway hit with more than 20 million views.

Yakhina says that Russians are “not just ready, they want to remember a lot”. She regularly receives letters from family members inspired to share the stories of their relatives caught up in the purges of the 20s and 30s, she said.

“I am really sorry that behind these angry voices, we can’t see the big, positive wave of voices in support,” Yakhina said. “Kind voices are usually quiet. They aren’t seen or heard. But there are many of them.”

The stories in the novel are loosely inspired by Yakhina’s grandmother, who was exiled as a child to Siberia and returned “as a grown woman… hardened, with a tough character… she was a very free woman, a very self-sufficient woman. I understood that these features had been forged in Siberia.”

"It's an atmosphere of vital fear for one's life. It's life under self-isolation and all our feelings are more intense"
Guzel Yakhina, author

Despite sparking political arguments, she says she wasn’t seeking to teach her audiences about the Soviet era or make a political statement. Zuleikha’s story mirrored her mother’s, she said, or could vaguely mirror her own, as a young woman from Tatarstan who emigrated to another culture when she moved to Moscow.

“This was a story whose origins were about women, about female metamorphosis, about female liberation. That this story elicited such political arguments… it was never thought of as a political declaration,” she said.

Some of the most painful stories come from the lived experience of Yakhina’s grandmother. One, recounted in the film, shows a barge sinking with hundreds of exiles on board, locked in because an army officer has bolted the door. Other vignettes are recovered from memoirs and other excerpts from official histories of the exiles. Ultimately, she said, she didn’t believe she was saying anything that wasn’t available in a textbook.
Advertisement

“I have deep sympathy for anyone who lived in this period of history,” she said. “It is unacceptable to condemn them. What is needed is sympathy.” 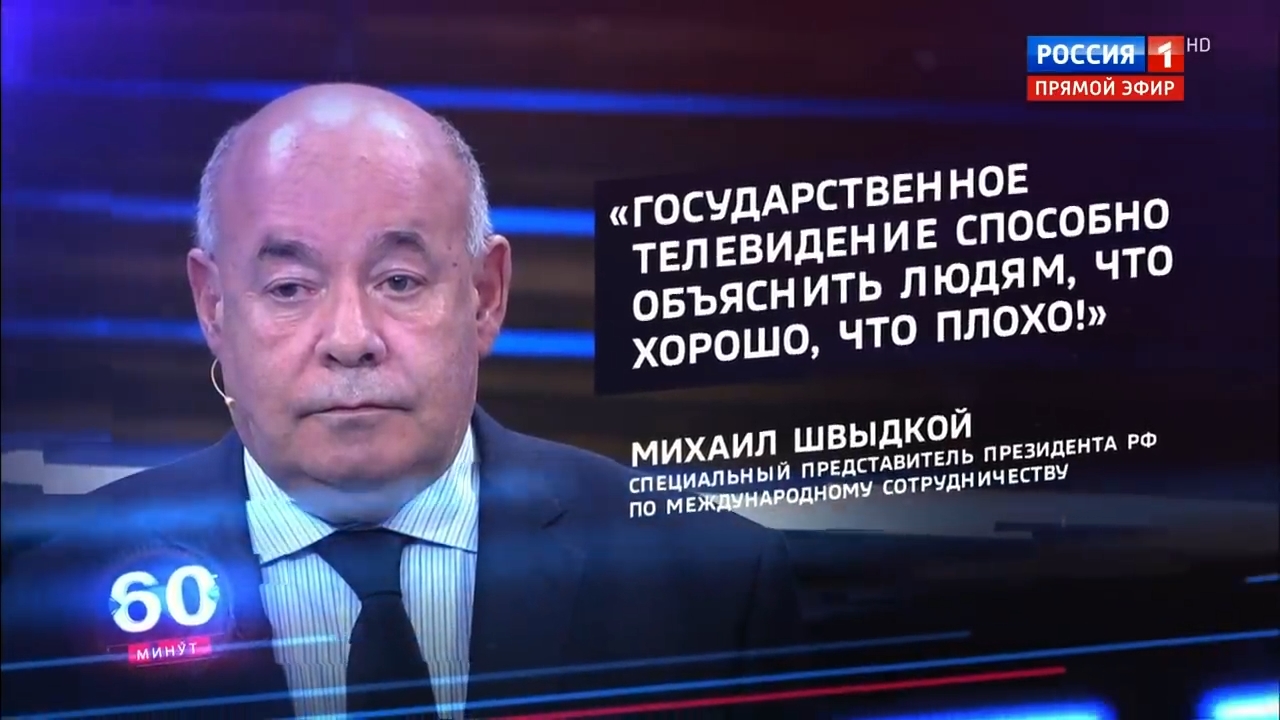 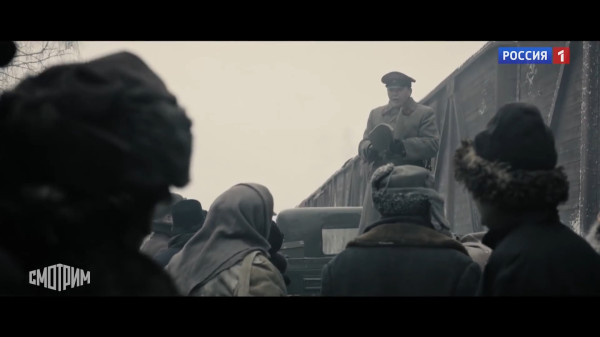 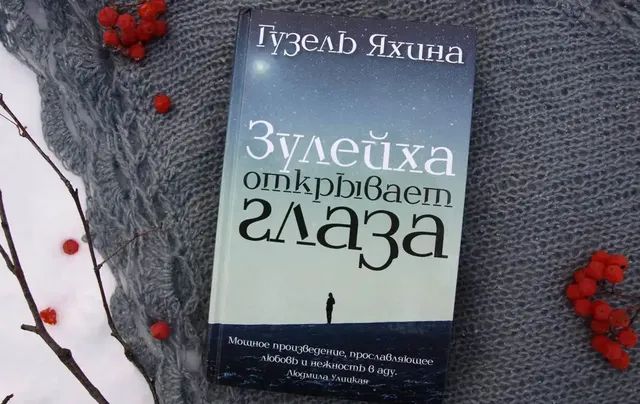 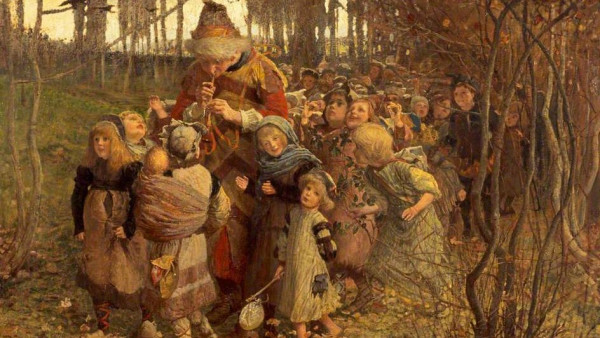 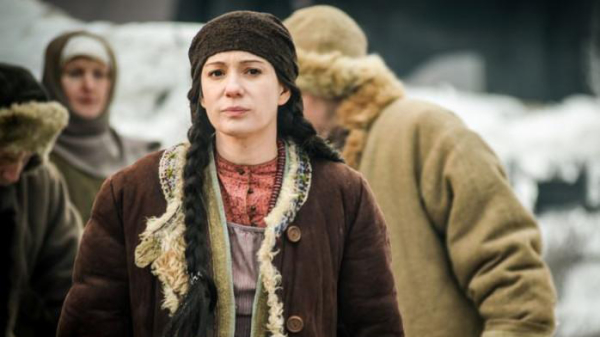 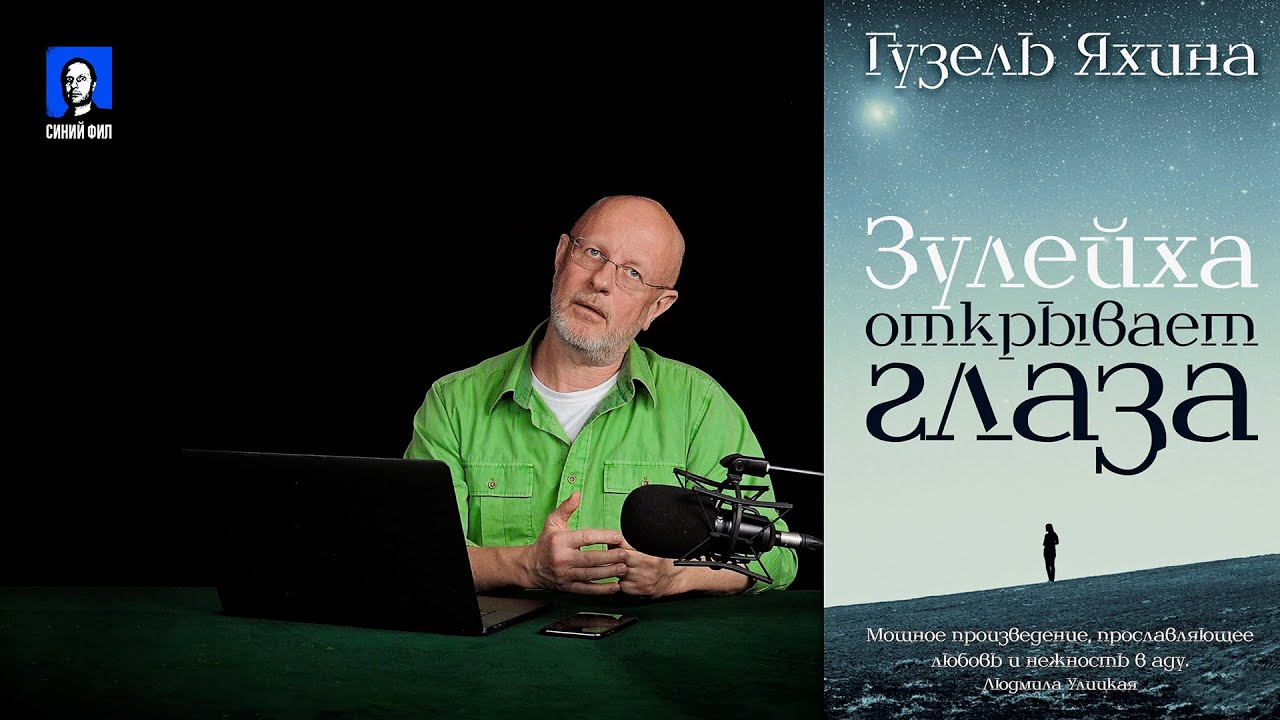 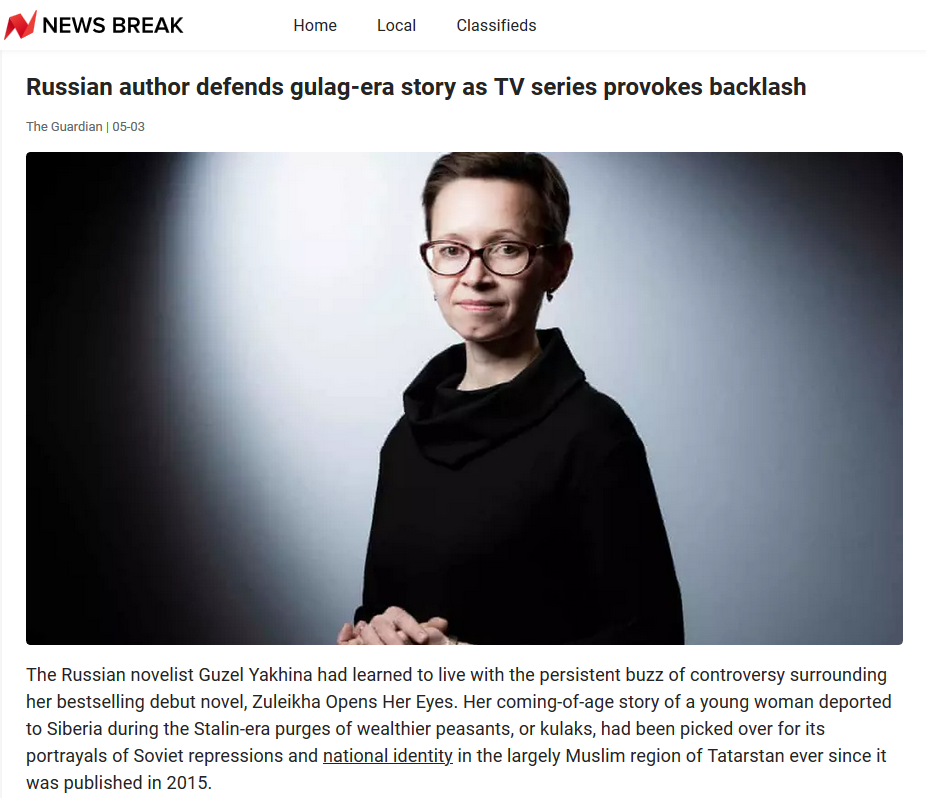